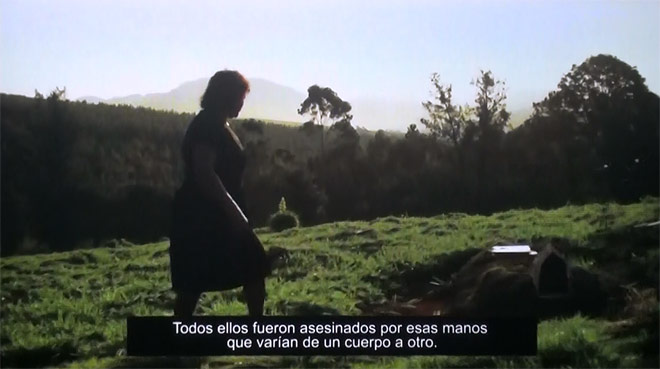 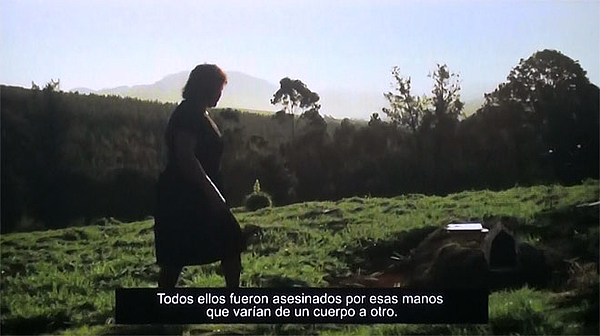 Plea. 2014
Video, 13'13"
Plea is a project realized in collaboration with Débora Maria da Silva, founding member of Movimento Maes de Maio– a social movement that unites mothers that lost their children in the massacres of the death squadrons of the military police during the military dictatorship in Brasil. The film is shot in the Cemiterio de Perus, on of the places used by the military junta to bury corpses in mass graves.

Though the hegemonic narratives about Brazil might coincide with a festive imagery of prog¬ress, there is an urgent untold story that needs to be taken as object of reflection. From the colonial slaughtering of indigenous people and slavery, through the tortures and disappearances in the military dictatorship, to the current democracy of massacres, the elimination of certain populations was always articulated with a desire to erasure these very same events.