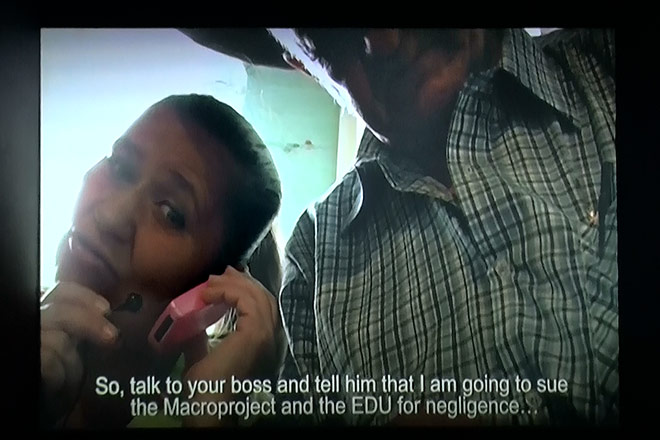 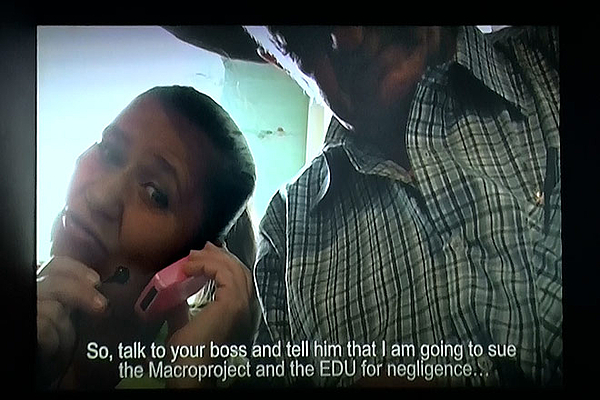 Transaktionen. 2012
Video
In her works for the MDE15, Adriana Escobar investigates two social situations: prostitution and displacement. Prostitution is seen from the point of view of people who were displaced and escaped from violence in the countryside in Colombia. They came to the city and found a place with limited economic options. Their perspectives and stories are told in order to understand the difficulties of breaking the chain that defines their futures.

The case of the community of Moravia is useful to approach the phenomenon of displacement. People who came to Medellín from the countryside took advantage of the original garbage dump and started collecting and using materials and waste as a way of surviving and rebuilding their lives.