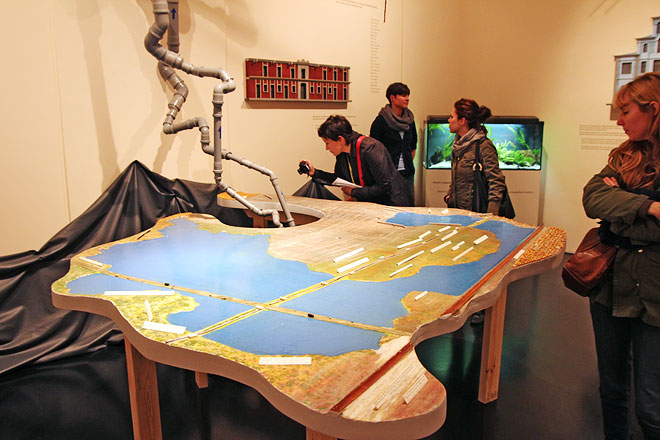 On September 27th and 28th, 2012, Genaro Amaro Altamirano, co-founder of the Valle de Xico Community Museum in the region of Chalco, presented an historical documentation, The Return of the Lake, about the Spanish empresario, Íñigo Noriega Laso, and his destruction of indigenous communities and lands in the Valley of Mexico to the director of a museum, which is located in Íñigo Noriega Laso’s house in Colombres, Asturias, Spain, and also to the mayor of Colombres and to the director of the Casa de Cultura there.

This is the culmination of years-long struggle on the part of Sr. Amaro and the indigenous communities of Xico to make their history known in Spain where the ecocide is annually celebrated.

The archive and museum, officially called Archivo de Indianos and the Museo de la Emigración, have previously ignored requests by the Xico communities for collaborative work.

Sr. Amaro stated "We see this only as a beginning. The lake that Íñigo destroyed is now returning and allows the indigenous communities a new possibility."

Maria Thereza Alves, a Brazilian artist, who had put together the documentation for an art project for this year’s dOCUMENTA 13 in Kassel, Germany, stated, "This is an excellent time for Europe to face its colonial histories."

Amaro and Alves are completing a one month speaking tour of Europe in which they presented the book and spoke about the unnatural disaster and ongoing crisis not only of Xico but of all of Mexico City brought about by Íñigo Noriega’s desiccation of the Lake of Chalco. The two were in Berlin, Kassel, Madrid and Colombres.

For further information contact:
Genaro Amaro Altamirano, mc_xico9(at)hotmail.com
or Maria Thereza Alves, ara(at)snafu.de
The Return of the Lake is published and distributed by Verlag der Buchhandlung Walther König:
Text by Maria Thereza Alves, Catalina Lozano & Raúl Vázquez Palacios. Cologne 2012, 224 pp, 72 color photos, Engl. & Span.
ISBN: 978-3-86335-210-3
Maria Thereza Alves researches social and cultural phenomena working particularly with situations which question social circumstances about what we think we know and who we think we are and look instead at where and how we actually are at this time. The Return of a Lake gathers a series of texts and images which delve into the history of lake Chalco and the cultural, ecological and political transformations and deformations that have surrounded it over the centuries. Once an important economic and cultural center in pre-Hispanic times, today the area is a marginal, ecologically damaged and socially broken suburb in the outskirts of Mexico City, after its main natural resource, the lake was desiccated by a brutal Spanish entrepreneur, Íñigo Noriega, at the beginning of the 20th Century. While reality seems to hinder an alternative, part of the local community struggles to save the indigenous culture of the place, and sees hope in the re-emerging lake of Tláhuac-Xico. 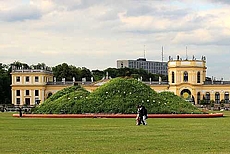