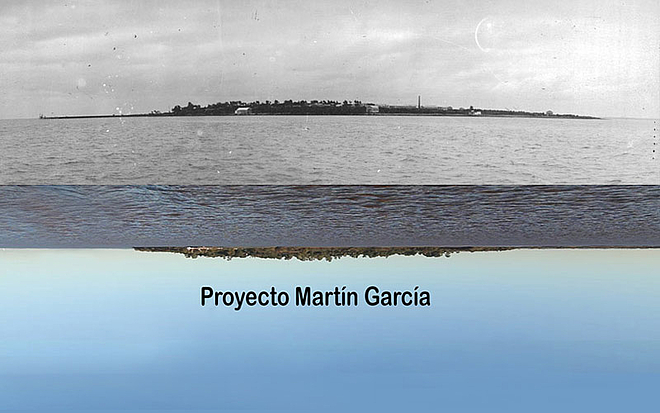 The project presented as an exhibition at the Centro Cultural Borges, is an artistic approach to the symbolic universe of the Martín García Island. It aims at highlighting and enhancing the collection of the island's historical Museum, by means of the creation of artworks, which could contribute to reflect on geological, natural, historical, political, and socio-economical aspects of this territory, which is so special in the history of Argentina.

Directed by the artist Javier Barrio as curator, it proposes a poetic move towards the materiality and the discourses which coexist within this peculiar geographic space: The island functioned as political prison where four presidents were incarcerated, it was also an isolation hospital, a school of seamanship training, a concentration camp for indigenous people, imprisoned during the so-called Desert Campaign, and was stage of naval battles among five countries along five centuries of history. This narrative richness of the island is also multiplied by its geological and natural characteristics.

Until today, the permanent exhibition of the Museum is basically about the maritime history of the place, but neglects other important aspects. Initiated by the project, a multidisciplinary team of artists and academics came together to explore these various fields through periodical visits to the island. The visual arts can produce a kind of knowledge of significant symbolic value. To rethink and inhabit the island from the perspective of the visual arts can be a way of reestablishing it, of founding it anew. Maps, photographs, sketches, drawings, paintings, objects, ceramics, installations, videos, animations, audio-visual projects, documents, interventions on the landscape, community work, all will become part of the place's and museum's assets.

A series of workshops at the Museum are planned for the months of August, September and October 2017, which will be offered by the artists to the local community, including, drawing, animation, comics, photography and ceramics.

Up from 2018, the realization of art residencies for Argentinian and Uruguayan artists are proposed, as well as connections with other museums, and --why not-- envisioning a Biennial of the Río de la Plata on Martín García Island.

The project is supported by an initial grant of the Beca Bicentenario a la Creación del Fondo Nacional de las Artes 2016, with logistic support from the Dirección Provincial de Islas and the tourism agency Cacciola Viajes. For its continuation, the initiadors are seeking further public and private finantial support. 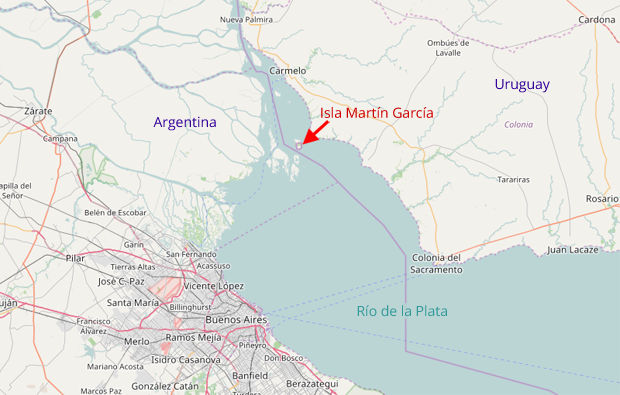 Martín García is an island under Argentine jurisdiction in the Río de la Plata near the confluence of the rivers Paraná and Uruguay. It is a Precambrian rock formation of about 1,800 millions of years of age. It has a length of approximately 3 km and average width of 1.5 km.

It was a place of dispute between the indigenous people Charrúas and Chandules (Guaraní), and was discovered by the Spanish in the expedition of Juan Díaz de Solís in 1516. It is named after the storekeeper Martín Garcia, who died on board and whose body was buried on the island.

Martín García Island had always a strategic military and commercial position. Apart from the Spanish control since 1516, permanently disputed by the Portuguese, the island was also occupied by the French, English, Brazilian, Uruguayan, Argentinian, and was witness of battles, fortifications, and detentions.

The island was used as a prison and place of banishment. Since the end of the 18th century until the early 20th century, the prisoners worked at the rock quarries, where the cobblestones for the streets of the city of Buenos Aires were extracted. The island functioned also as a prison for political leaders. Four Argentinian presidents were imprisoned there: Marcelo T. de Alvear, Hipólito Irigoyen, Juan Domingo Perón y Arturo Frondizi. Important caciques and indigenous people were there as prisoners of the so-called “Conquista del Desierto”. Also German sailors and officers of the SMS Cap Trafalgar and Graf Spee were in detention at Martín García during the First and Second World Wars.

Martín García Island is located in Uruguayan waters but in 1973, Uruguay and Argentina ended the territorial dispute and signed the Treaty of Río de la Plata establishing Martín García as Argentine territory destined as a natural reserve for the conservation and preservation of fauna and flora.

The island reached a population of approximately 4500 inhabitants, but this number decreased over time. The stable population in 2008 is less than 170 people (about 50 families). 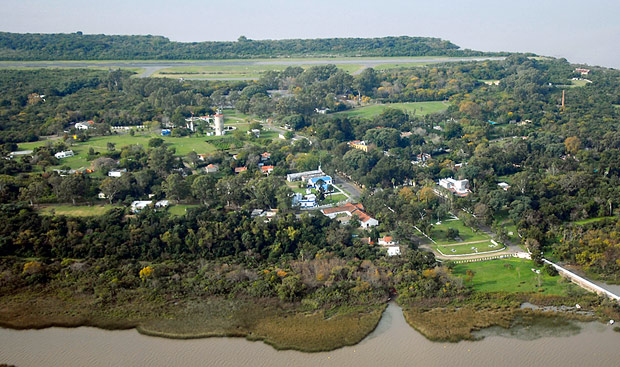 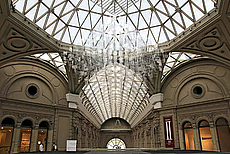