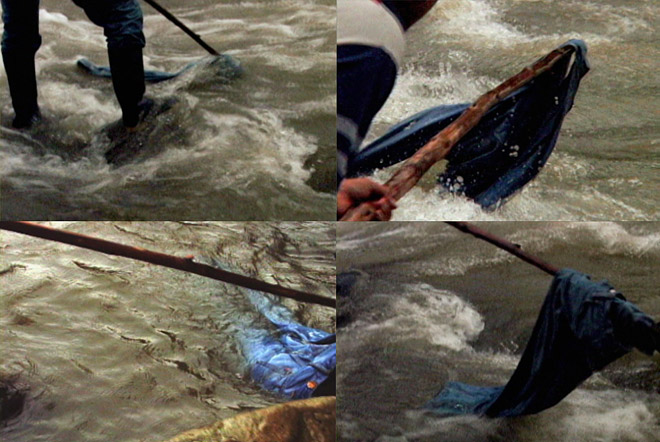 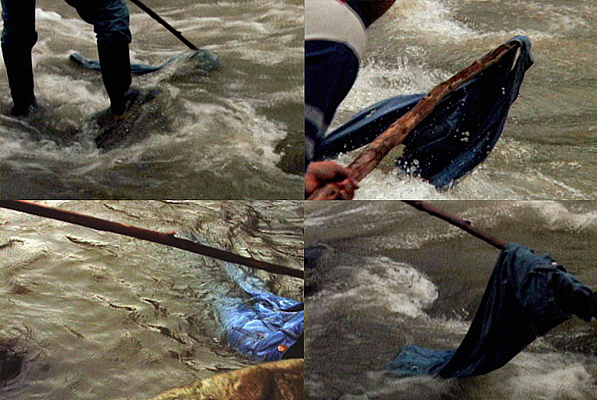 Treno. 2007
Videoinstallation, 14 Min.
Clemencia Echeverri’s video installation Treno (2007) depicts the roaring, tumultuous Cauca River. The title of the work, an archaic Spanish word that means "funeral chant," refers to mythical associations regarding the role of the river as the threshold between life and death and as the vessel for the last voyage. This metaphorical reference finds new meaning when one is confronted with the reality of the political situation in the Colombian countryside, where casualties of armed conflict are dumped in rivers such as the Cauca, thereby preventing relatives of the dead from knowing their fate.