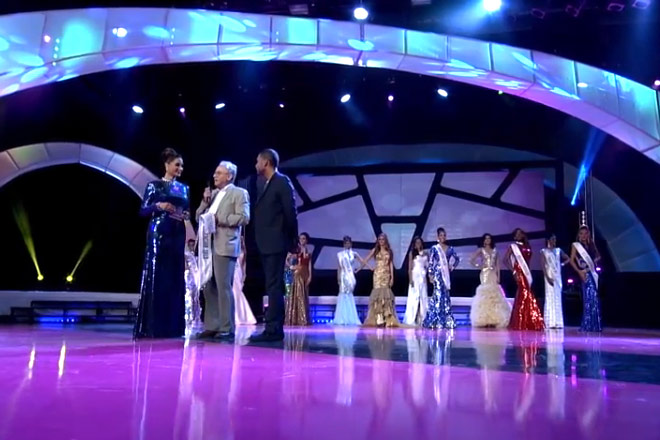 VISITING MINDS is a long-term project that aims to advance understanding and collaboration between a broad range of people worldwide. The key strategy is to invite personalities of the arts and sciences to meet in Panama to establish high-level dialogues on pivotal themes, often related to popular culture.

VISITING MINDS was conceived by artist Humberto Vélez and embraced by curator and cultural manager Adrienne Samos. Both Panamanians have been working — together and independently — to promote Panama as a hub for multidisciplinary debates in the Americas, by hosting conferences, round tables, workshops, seminars, art and social events, residencies, and exhibitions.

How can we maintain close, flexible, and dynamic ties between art, education, and the people these practices should serve? Artist, critic, and educator Luis Camnitzer insists "art should shape all academic activities and not be confined to one discipline."

The series of events organized under the title "Radical Pedagogy: Art as Education" tried to identify the implications of this concept by stimulating reflections and open discussions on the kinds of education required to engage more critically, horizontally, and creatively with the community, moving away from academic stagnation, hierarchical stances, and didacticism.

With his performance Miss Education, Humberto Vélez has dared once again to tackle an art world taboo: for the first time, a beauty pageant has been the subject of an artwork. Conceived especially for conceptual artist Luis Camnitzer and for the "Miss Panama 2013" beauty pageant, Velez's performance focused on the links between elitist and common stereotypes of art and beauty, through the lens of mass media events and popular culture.

Camnitzer was president of the jury and personally chose a new "Miss", who took the title of Miss Education. The day before, he had interviewed each one of the candidates, posing them questions about art, education, and beauty. The night of "Miss Panama 2013" — broadcast live on television around the country — Camnitzer, announced the winner of the title of Miss Education, who became a living work of art, by the "grace" of the artist.

By confronting artistic and intellectual prejudices, and upholding one of the forum's mottos — "Art for the people" — this provocative performance put into action many of the themes discussed in the public conversations held during "Radical Pedagogy".

To celebrate the tenth anniversary of the international urban event "ciudadMULTIPLEcity: Art Panama 2003", Humberto Vélez conceived a new version of his stunning series of public actions performed ten years ago with the popular brass-and-percussion band of the vocational school El Hogar.

For the official inauguration of VISITING MINDS 2013, the second part of the performance Miss Education merged with the performance La Banda de Mi Hogar 2013. The performers branched out from the open atrium of the Biomuseum (designed by Frank Gehry and programmed to open in February 2014), given its superb interaction with its natural and urban surroundings. A group carried a banner, like those used in protest demonstrations, displaying a quote by Luis Camnitzer: "ART IS WHAT IT IS".

Two full days of talks, roundtables, and open discussions were held in the City of Knowledge (a cluster of organizations that support programs in education, research, and development), centering on four main themes: "Education as Art", "Art as Education", "Curating and Education", and "Art criticism and Education".

Luis Camnitzer’s keynote speech — titled "Art and Pedagogy" — lead the way. "We are experiencing a despotism based on the passive consumption of artistic and educational products . . . to serve the interest of others," he stated, and suggested that the artistic mind can help build alternative orders by finding new solutions to challenge power. Encouraged by the audience, Camnitzer discussed several art-pedagogical experiments he has conducted through the years.

On the theme of art curatorship, conversations centered on exhibitions conceived as open schools capable of advancing changes in society or susceptible of being changed by it. Participants included Emelie Chhangur, curator of the Art Gallery of York University in Toronto, Hans-Michael Herzog, Director of Daros Latinamerica in Zurich, and Gerardo Mosquera and Adrienne Samos, curators of "ciudadMULTIPLEcity": the international urban art event held in Panama exactly a decade ago.

Aesthetics of Collaboration, the book dedicated to the work of Humberto Vélez (edited by Emelie Chhangur and published by AGYU) was publicly launched during the forum.

As a corollary to these days of lectures and discussions, Celia Sredni de Birbragher recounted highlights of 37-year old Art Nexus, the prominent Latin American art magazine she founded and directs.

AMANAPLANACANALPANAMA
On the closing night of Visiting Minds 2013, at Diablo Rosso cultural space, Amanaplanacanal —Luis Camnitzer’s 1995 multimedia installation — was exhibited for the first time in Panama. Dedicated to the colonial origins of the famous waterway that divided a country to connect two oceans, this complex installation was based on extensive research of archival material.