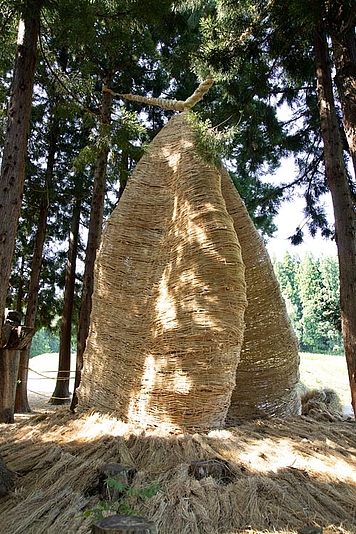 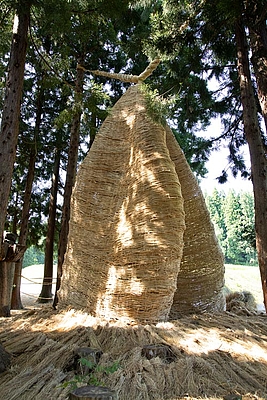 A large gate installed in a small village park. In Taiwan, gates are the important “faces” of houses, and magnificent gates can be found in front of even modest houses. The upper portion of the gate is decorated with vibrant-colored traditional Taiwanese Koshi figurines. Bordered with a story of the Gods, the gate serves as a cultural boundary. Beyond it can be seen a cast bronze sculpture of a water buffalo, which is a representative figure of Taiwanese agriculture. The front of the gate relates a story from the village. The gate, installed in Anayama village, where the traditional Japanese lifestyle has been preserved, is an entryway connecting Japanese and Taiwanese cultures.