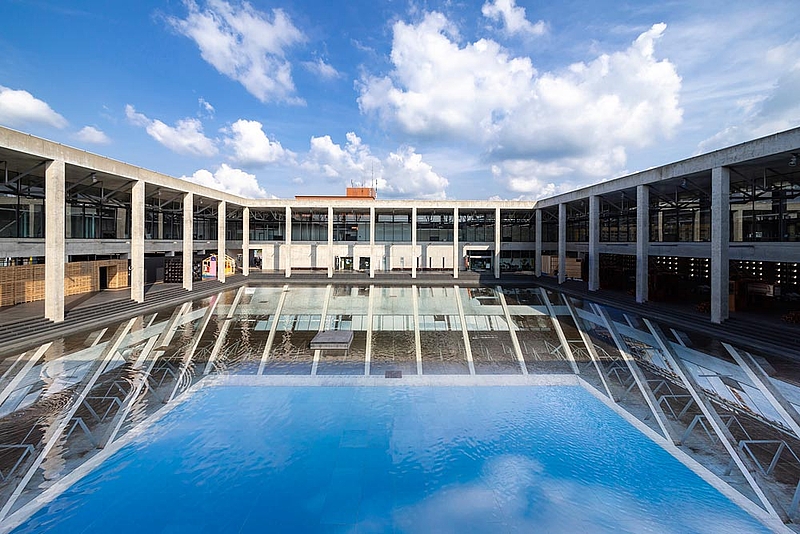 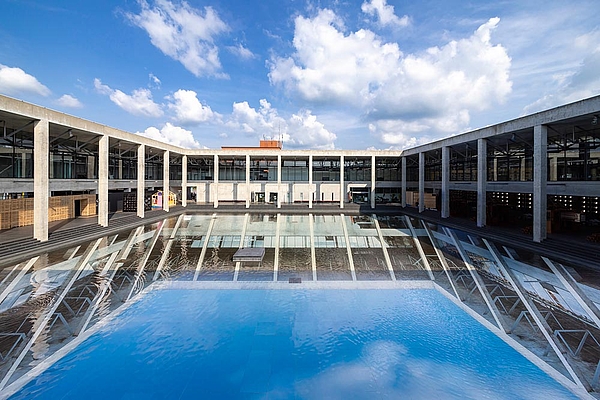 "Palimpsest" - the title of this piece - means "a manuscript or piece of writing material on which later writing has been superimposed on effaced earlier writing". Light reflects on the surface of the large pond surrounded by corridors in the centre of KINARE and reflects the sky above and the KINARE building like a mirror.
Although it seems unusual at first sight, when visitors move up to the second floor of the building and look at the pond from above, they are able to notice the mysterious phenomenon that the mirror image of the building in the pond acts as a mirror and from a certain point of view, the mirror image combined with the natural reflection of the water perfectly matches the museum building to create the illusion of reflection.