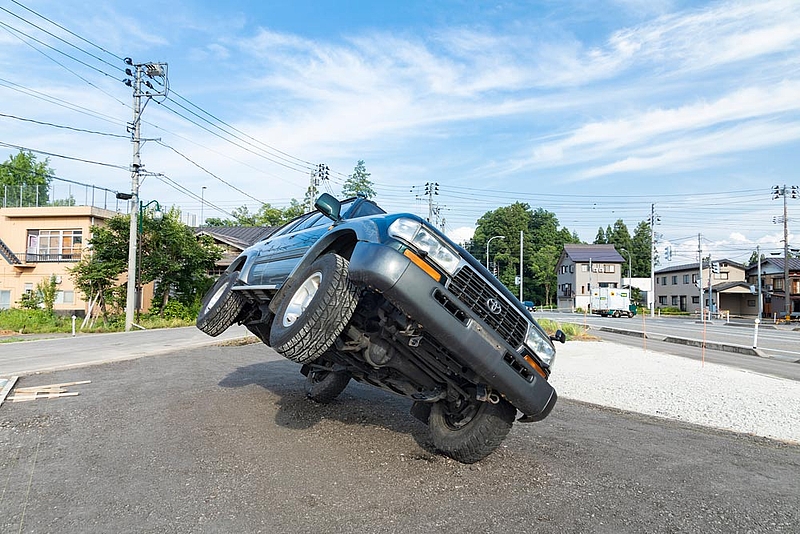 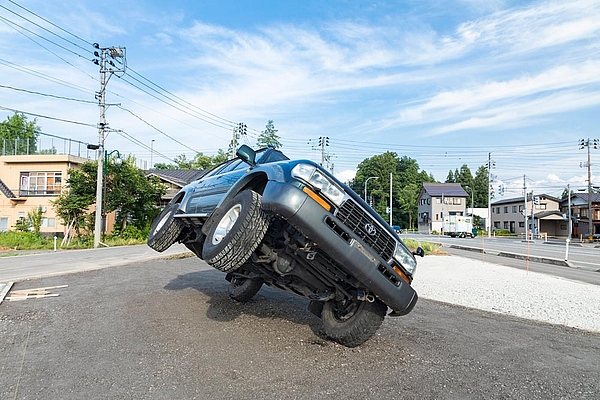 The thrilling act of drifting a car on two wheels while driving as passengers lean out of the windows has been a popular pastime among the youth of wealthy families in Saudi Arabia since the late 1970s. The artist takes inspiration from this phenomenon, variously called "Arab Drift", "Saudi Drift" or "Middle East Drift," and the fact that most of the cars used for the act are in fact Japanese. He installs a real car as if it is drifting on the road in Kawanishi. A sub-culture of the Middle East and Japanese industrial technology intersect in the rural landscape.