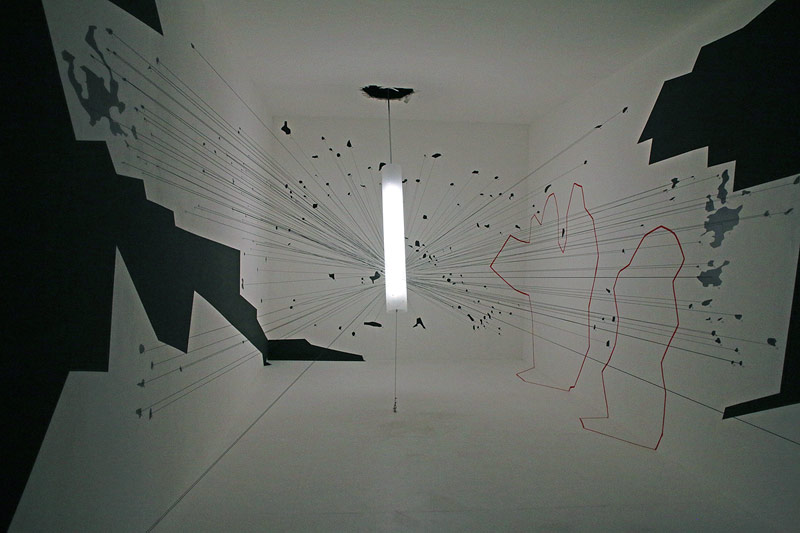 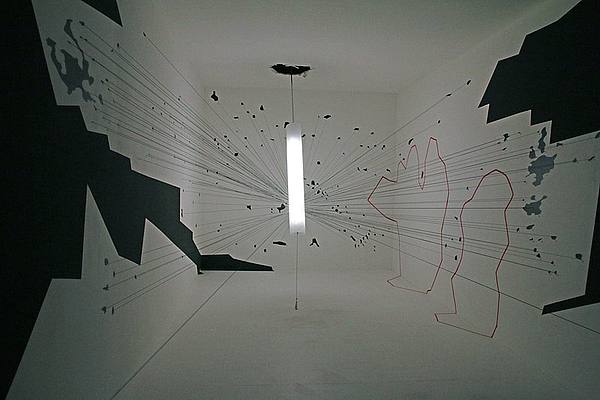 Forensic Architecture's analysis reveals the buildings where the most common targets in the secret CIA drone assassinations campaign in Pakistan's frontier zones with Afghanistan. Despite official denials, thousands of civilians have been killed.

On 30 March, 2012, a drone strike hit the market area in Miranshah, Pakistan, killing four people. A rare video, 43 seconds long, smuggled out of the besieged area, recorded the building in which the people were killed. Reconstructing the room 1:1 scale, Forensic Architecture was able to mark every trace that the blast left on the walls, thus establishing the location of the explosion and the places where people were killed.

Presented at the UN General Assembly, 2013 by the UN special Rapporteur (UNSR) for counter terrorism and human rights.
(Text in der Ausstellung)