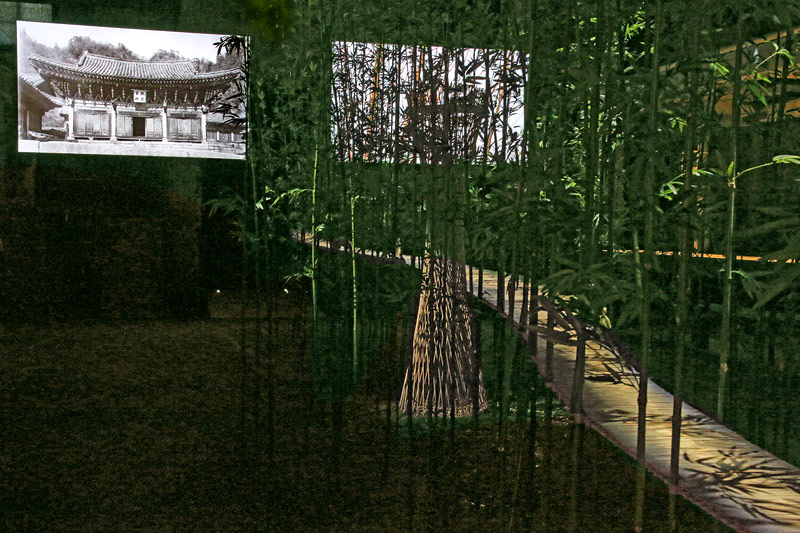 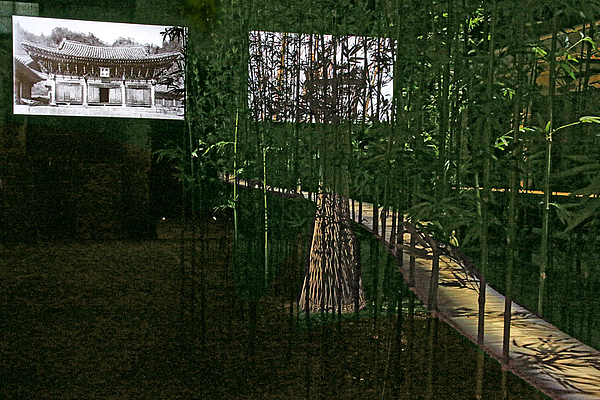 (…) three aspects of Shigeru Ban's work —expansion into new fields, unconventional use of ordinary materials, and his understanding of structure— have pushed the boundaries of architecture in three directions that are crucial for the quality of the built environment.

The project presented by Shigeru Ban together with Korean artist Jaeeun-Choi condenses these three aspects. This time the field is a former battlefield, the Korean Demilitarized Zone (DMZ), where decades of absence of human occupation have allowed nature to regenerate. A suspended park built of light bamboo structures should allow people from both Koreas access to this new environment so that someday people will reunite, just as nature has.
(Zitat des Kurators)

Reporting from the Front: Arsenale