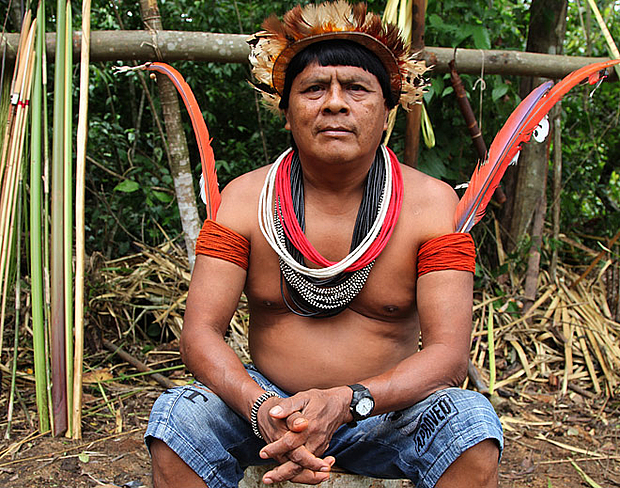 This "story of contact with white people" read to us by Uraan Anderson, talks about the problematic contact, which brought with it hardship and frequently, death. It enables us to see through the eyes of the Paiter Surui the story of the occupation by the white people, of the destruction of indigenous territories and their way of life. The repetition of these rhythms and sounds which imitate the cries of animals transmit to us the historical voice of the now extinct Paiter Surui.

The challenge to indigenous life consists of trying to find the elusive balance between the preservation of the culture of the Paiter Surui and their assimilation into post-modern Brazilian society. My hope is that these narrations and testimonies in the language of the Paiter Surui, may bring us closer to the experiences of the group throughout their history and until the present and convey their difficulties and their mystery.

Nobody slept. The white man did not let anyone sleep, they said. The Kaban ey, as well, they said And in this way, the day dawned, they said.