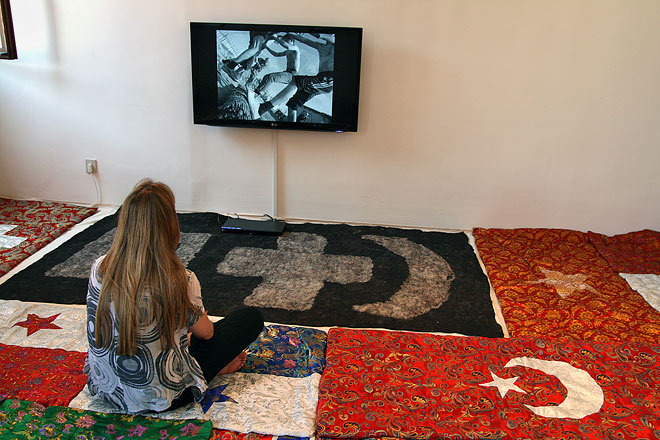 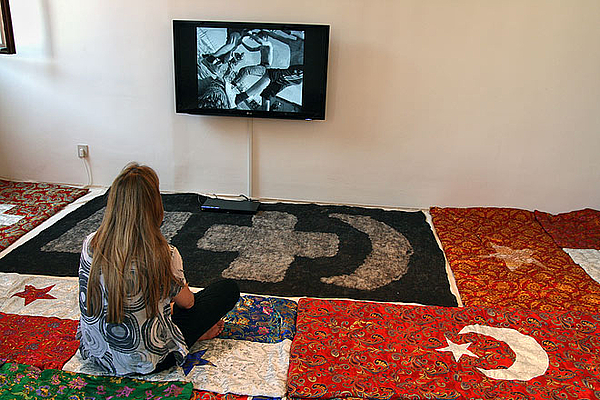 Farewell of Slavianka. 2010
Serie digitaler Fotografien,
Diaschau, 4 Min.
Aus der Geschichte von Said Atabekov:
"The younger brother of my grandfather, Aldashev Amir (born in 1908) was drafted into the Red Army on August 28, 1942. He went missing in 1943. He was last seen in March 1943, in the Voronezh region, severely wounded in the infirmary. In one of the photos my aunt holds a letter from the Archives of military medical records from February 25, 1970. This is not the first, nor the last letter. They have been looking for him since 1943. They even wrote to Stalin himself twice, and both times they received the answer that he is nowhere to be found and not listed anywhere.
Recently, I sent a request to the office of the International Red Cross in Tashkent. And my relatives decided to hold a ritual action, to make a felt carpet for the International Red Cross. So that they can find him."
(Aus der offiziellen Website)