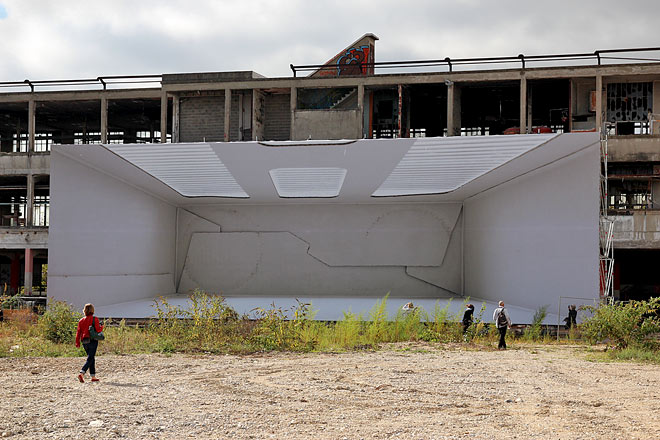 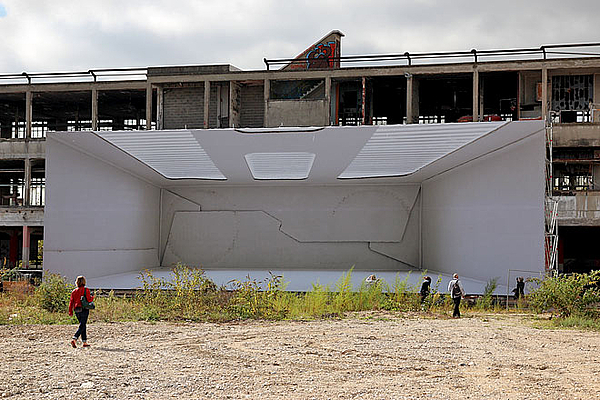 In her series Fundos, Lúcia Koch creates spaces where they do not actually exist while eradicating the boundary between exterior and interior architectural spaces as well as their scale. For the Biennale de Lyon 2011, Koch was initially invited to intervene in the monumental building now in ruins towards the back of the site. Halfway through the process, the Biennale was informed that the venue had been sold and that it would be completely demolished during the course of the exhibition. Koch therefore decided to ironically advertise the new development to come.
(Aus dem Short Guide)