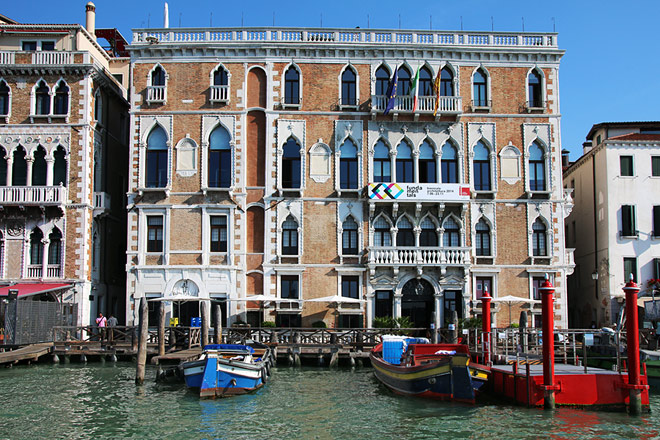 La Biennale di Venezia is the oldest and most prestigious international art exhibition. It was held for the first time in 1895 under the name of "I Esposizione Internazionale d'Arte della Città di Venezia" [1st International Art Exhibition of the City of Venice] at the Palazzo dell'Esposizione, especially built for this purpose in the Giardini di Castello. The denomination "Biennale" (Italian for "every other year"), became later a common term to designate international exhibitions and other cultural events worldwide that take place on a regular basis.

Whereas in other places, such as the Biennale of São Paulo, the national presentations of countries where long ago eliminated, they were maintained in Venice as a key feature, alongside a central international show conceived by an artistic director. Even new national pavilions are joining in the last couple of years. Those countries which don't dispose of their own permanent exhibition venue, rent a temporary space in the city (among them, several historical Palazzi) or in the Arsenale. Since the end of 2010, there are agreements set between the Biennale organizers and individual countries for the establishment and use of permanent pavilions at the Sale d'Armi of the Arsenale, in exchange of contributions to the building's renovation costs.

In 2013, besides of the ca. 160 artists in the central international exhibition, there were 88 countries participating with national contributions, 10 of them for the first time. Furthermore, there were 47 official collateral events and a hardly overseeable number of parallel exhibitions.

A selection of dates and facts

On 30 April 1895, the I Esposizione Internazionale d'Arte della Città di Venezia (1st International Art Exhibition of the City of Venice) was opened.

In 1930, the Biennale was transformed into an Autonomous Board, and passed from the control of the Venice City Council to that of the Italian fascist state. Several new sections were established: the Music Festival in 1930, the International Film Festival in 1932 and the Theatre Festival in 1934. From 1938, Grand Prizes were awarded in the art exhibition section.

After a six-year break during World War II, the International Art Exhibition reappeared in 1948 with a major exhibition of a recapitulatory nature, and draw a new attention to avant-garde movements in contemporary art.

As a consequence of the student protests and political events in 1968, the Venice Biennale discontinued several of its traditional activities. A period of institutional changes opened, and as a result of the reform process, the Biennale gave itself a new statute in 1973.

In 1980, the first Aperto section for young artists was arranged by Achille Bonito Oliva and Harald Szeemann in the Magazzini del Sale, as part of the 39th Art Exhibition directed by Luigi Carluccio.

In 1998, a new form of organization was established by transforming the former Autonomous Body La Biennale di Venezia into a Cultural Society, a legal entity of private law that took on the status of a Foundation in 2004.

As of January 2009, the main offices of the Venice Biennale are located at Ca' Giustinian (San Marco, 1364/A), a palace at short distance from St. Mark's Square. Further offices hosting the Biennale Archives are located at the VEGA, the Venice Gateway for Science and Technologies. 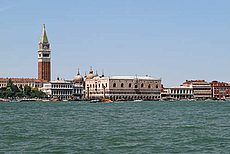