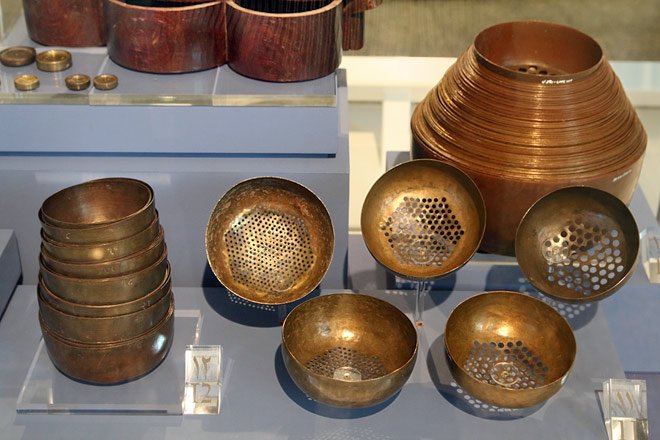 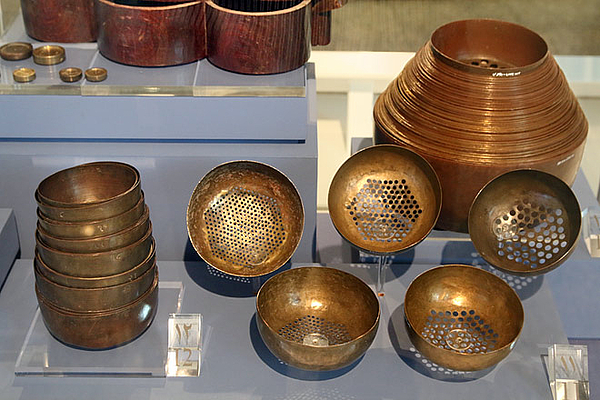 Sorting and grading of perls

Pearls were sorted and graded using brass sieves, called Toos (Gharabeel). They were weighed using a unit of measurement called a chau. Once a pearl had been weighed, a merchant would look up its chau value in a chau book. Though this system seems complicated today, basically the value of pearls increased exponentially with size. Sorting and grading was an essential process prior to batching for sale.