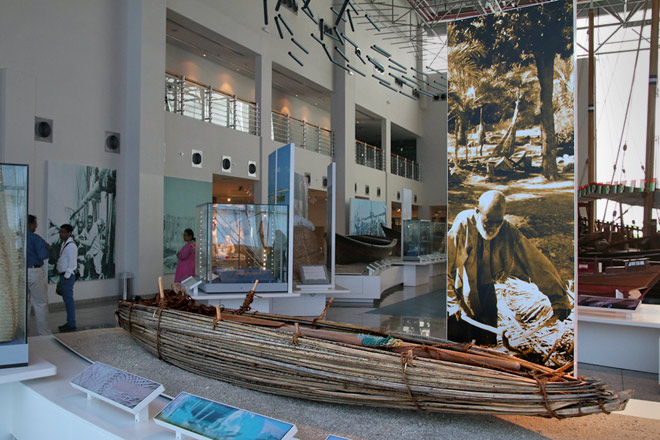 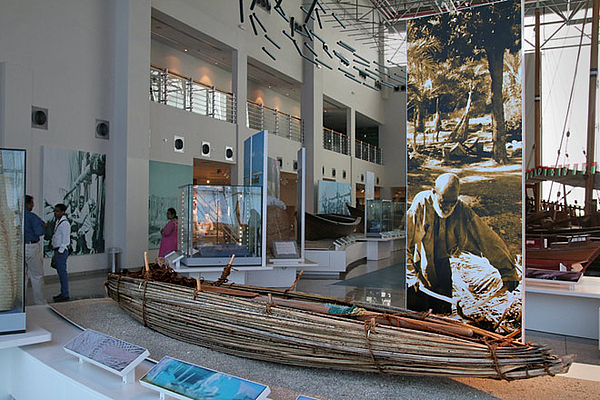 Shasha made of palm fronds, tied together

The Shasha was used for fishing, pearling and everyday use. It was made of palm fronds which were tied together with palm cords, and took less than a week to make. The thick, wide bases of the palm fronds were packed inside the frame for added buoyancy.

The Shasha was traditionally stitched together with rope made from date palm fibres. Later, imported fibres made from coconut palm from India were used. The fibres are very strong but easy to work with. They were soaked in fish oil to strengthen them and prevent them from rotting in the seawater.