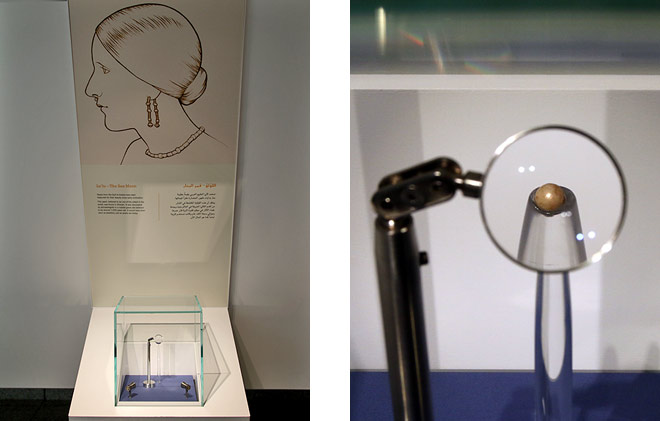 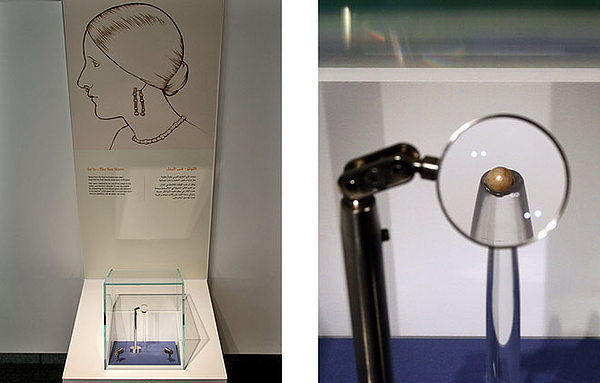 This perl, believed to be one of the oldest in world, was found in Sharjah. It was discovered by archaeologists in a coastal grave site believed to be around 7,000 years old. It would have been worn as jewellery, just as pearls are today.

(From an information in the museum)