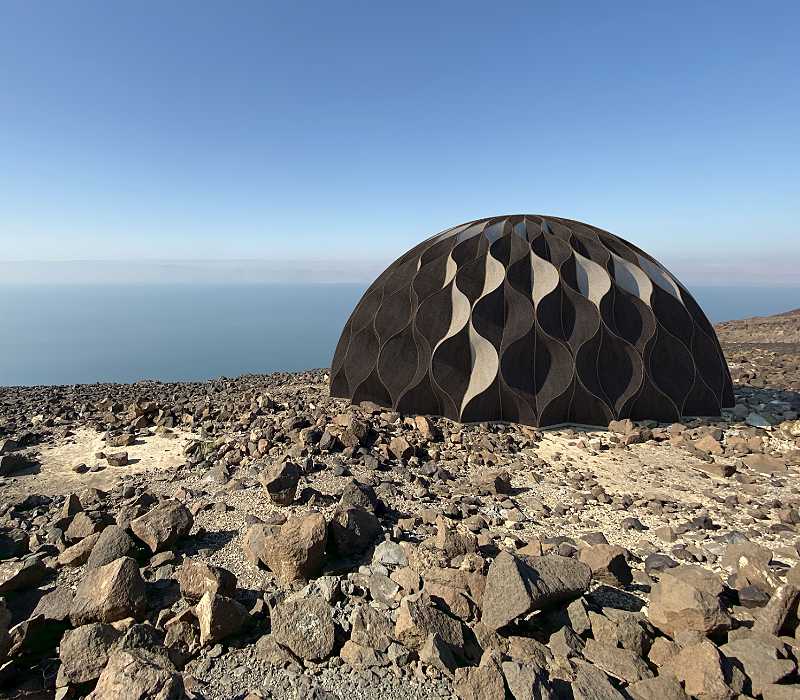 Historically, communities in the Arab world were inextricably connected to nature and their surroundings, both inside and outside of their homes. In a modern world governed by consumerism and urbanism, and threatened by a burgeoning climate crisis, the notion of cradle-to-cradle living and design, which embeds nature and sustainability into all processes of life, is needed now more than ever. Shelter is a microcosm that represents how we understand and connect to the universe and to our bodies. Creating a shelter that sustains and supports the thriving of the human spirit and the nurturing of our environment forms the crux of this work.

Weaving a Home has gone through multiple phases since its inception in 2013. The objective was to build a portable, dignified shelter for displaced communities that provides them with the necessities of contemporary life through the development of a double-layered performative structural fabric in the form of a dome. However, the design’s contextual link to land, culture and heritage highlighted the need to consider the wellbeing of different communities beyond simply providing functional solutions. How can the design of a shelter truly create added value?

Using local resources and the intuitive hands of a community of craftsmen and women, the new material system merges mechanics and design, while drawing inspiration from traditional tent-crafting methods that have community and sustainability at their core. Resilient and collapsible, the dome represents a continuity in the evolution of place-making that is not linear but rather circular–rooted in the present, but watered, fed and nurtured by its past. 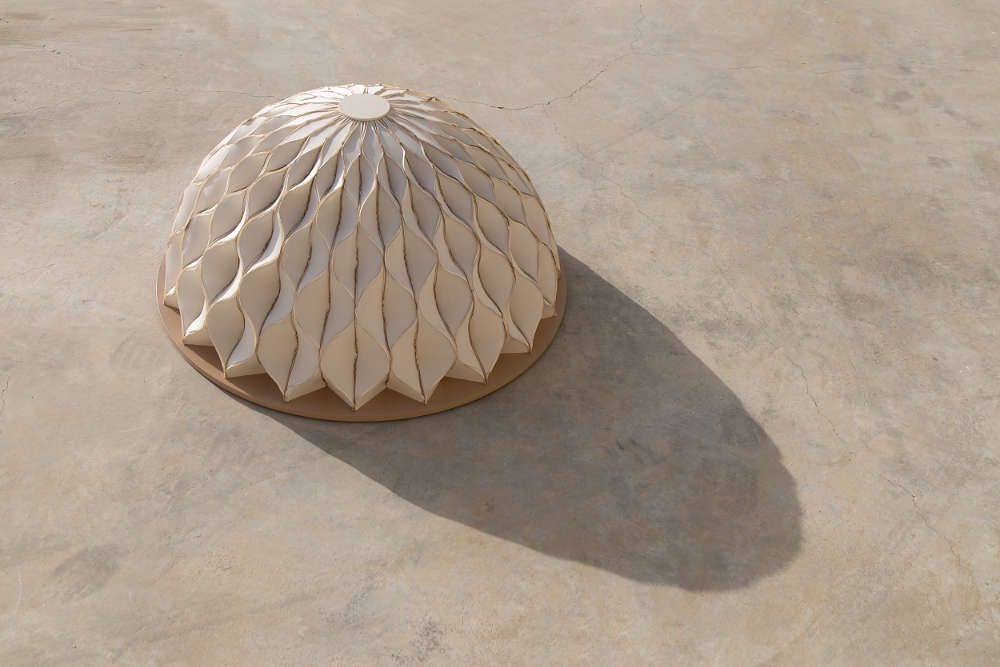 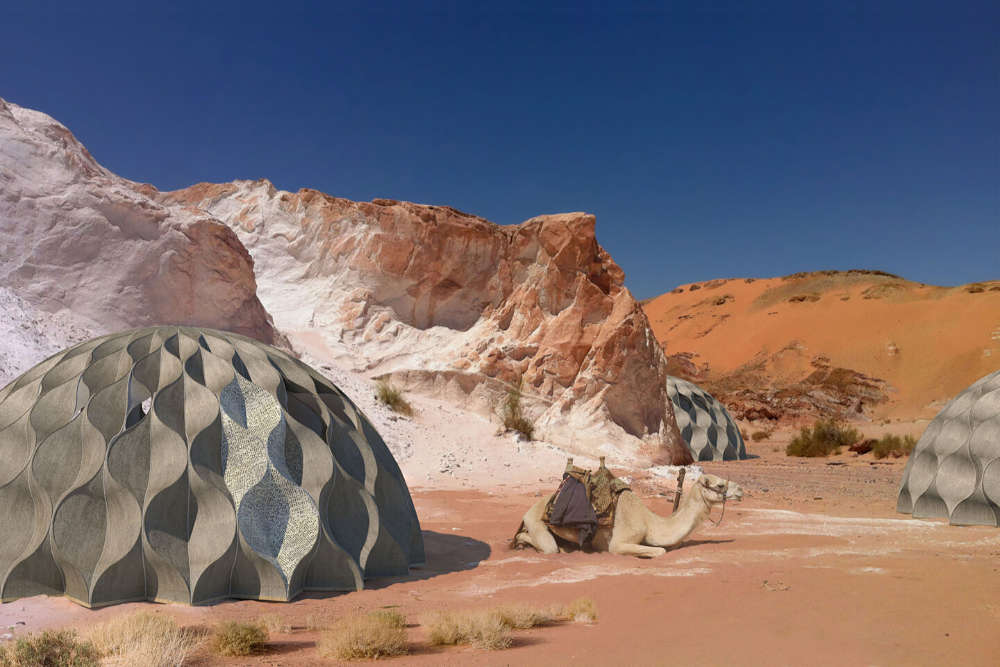 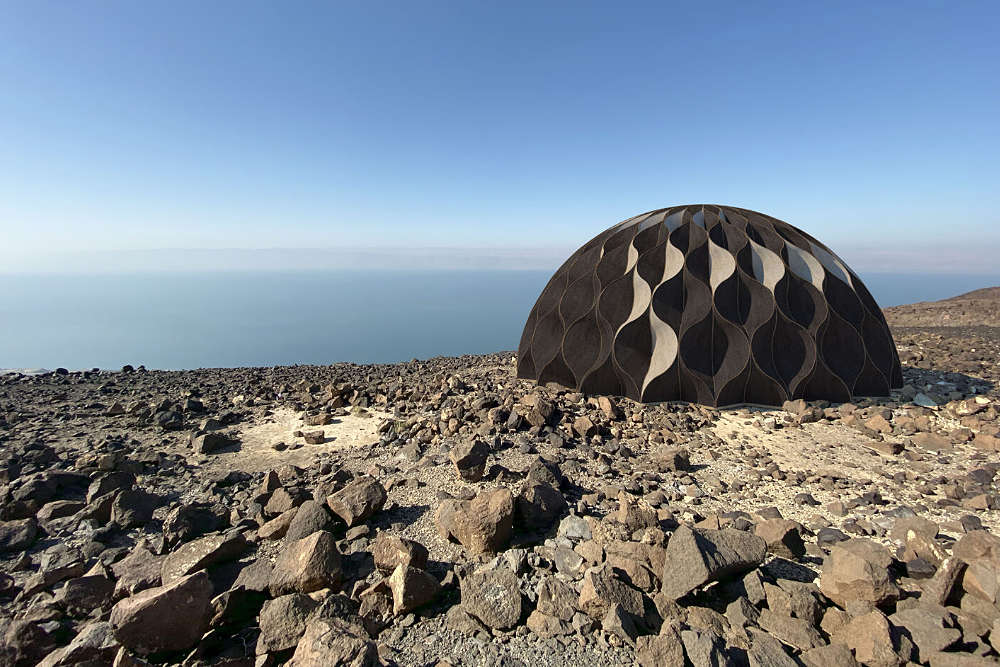 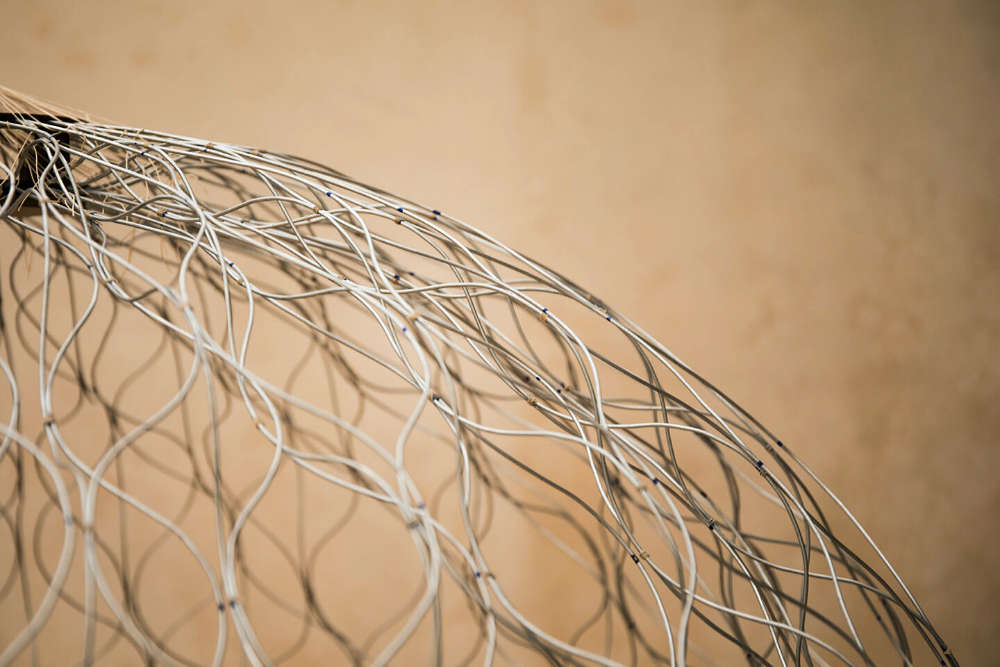 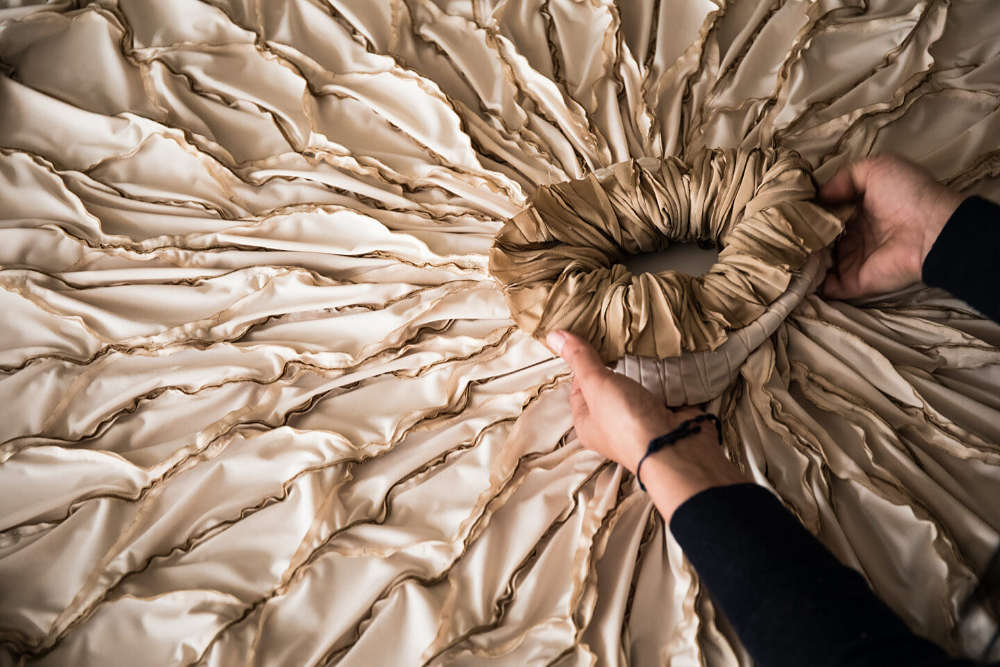 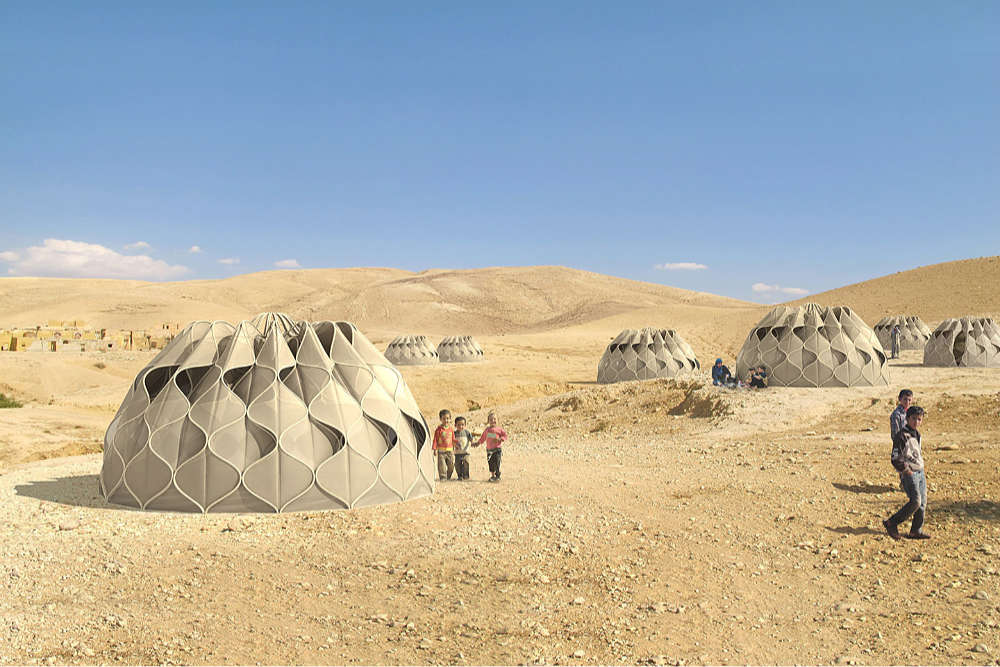 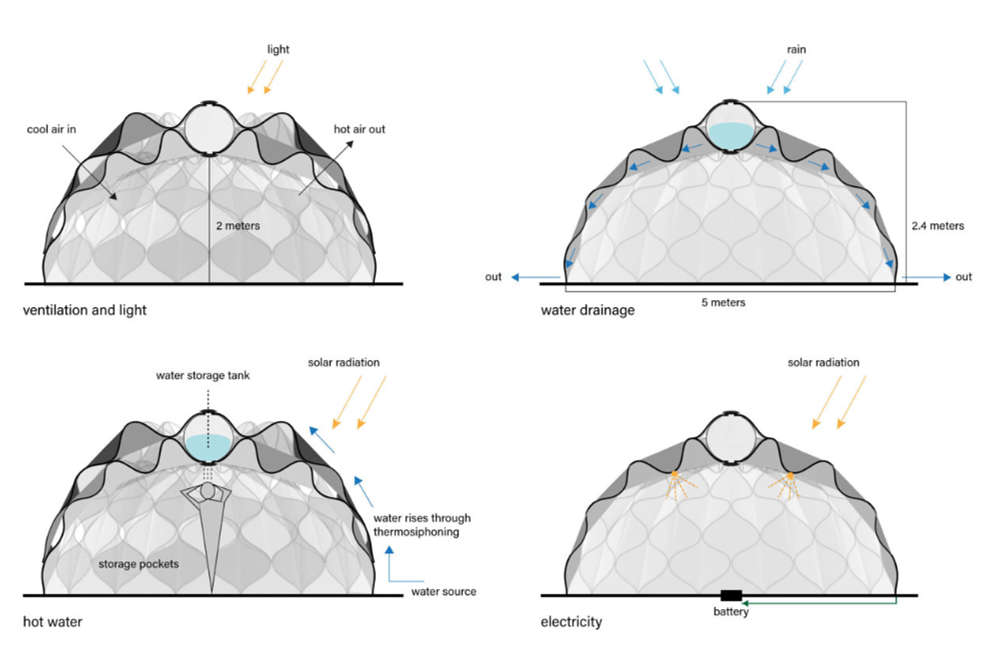 Until 14 March 2021, a quarter-scale prototype of Abeer Seikaly's Weaving a Home is exhibited at Espacio Fundación Telefónica Madrid (Spain) as part of the exhibition Radical Curiosity. In the Orbit of Buckminster Fuller, curated by Rosa Pera and José Luis de Vicente.

Currently, Abeer Seikaly is in the process of developing a full-scale prototype of Weaving a Home. In order to raise funds for the construction of this prototype, she has created exclusive 3D rendering artworks of the dome, which can be acquired via her website.

Abeer Seikaly on her approach to architecture as a social technology, based on local resources, knowledge, and craftsmanship. Studio visit in 2018, video by Binder & Haupt, Universes in Universe.

Her practice is deeply rooted in the processes of memory and cultural empowerment, expressing architecture as a social technology that has the power to redefine how we engage with- and within- space. Challenging traditional notions of belonging and identity, her work strives to be in constant dialogue with perceptions and contemporary understandings of time, materiality, and the role that women play in the shadow of a patriarchal structure.

After receiving her BArch and BFA from the Rhode Island School of Design in 2002, and pursuing her architecture career in luxury retail design and mixed-use developments, her work increasingly began to reflect a tactile sensitivity to the consciousness within the objects and spaces she crafts. In 2012, Abeer won The Rug Company’s Middle East Wallhanging Design Competition for exploring the duality between nostalgia and the labor of new craft- and in the following year was awarded the international Lexus Design Award, for a performative structural system which explored the social implications of creating homes for displaced communities. In 2015, she founded and co-directed Amman Design Week, a participatory learning initiative that seeks to promote and foster a culture of design and collaboration in Jordan, and in 2018 established ālmamar, a cultural experience and residency program based in Amman.

A lifelong diarist, Abeer continues to ‘read backwards while writing forwards’ in order to surface and interrogate themes and narratives that echo her work and life.

In addition to numerous features including the MoMA in New York, the MAK in Vienna, and the Stedelijk Museum in Amsterdam, Abeer is also a frequent speaker, panelist, and visiting lecturer.